A SECRET RIVER is only a duo: Andreas Еlцv (bass, lead guitar, keyboards, vocals) and John Bergstrand (drums & percussion, vocals). They’re able to turn their music into a complete experience whilst making sure that the vocals get the wonderful treatment. All three songs on eponymous EP are beautifully constructed, featuring accessible sound, propulsive interplay between instruments, have much variation with good ideas and complex arrangements. This Swedish newcomer does not copy any particular band. They use various influences like stepping stones to create a somewhat unique sound.

If you’re in search of lighter progressive music with a pop sensibility and hint to soft rock, then A Secret River is for you… 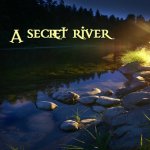 As far as I know, A Secret River should be on the covermount CD on the July issue of 'Classic Rock Presents Prog' - magazine.
P

Also, since the music continues to grow on me very gradually, I feel comfortable enough to recommend A Secret River to people who appreciate Moon Safari. It brings up the same kind of feeling.
Last edited: 14 Jun 2012
J

Moon Safari is the debut full-length studio album by French electronic music duo Air, released in 1998. On 14 April 2008 Virgin Records re-released Moon Safari to mark the album's tenth anniversary. The limited edition album came with a bound book, a DVD documentary about the duo and an extra CD with live performances and remixes.


Did you mean this about Moon Safari?
P

No... I mean the highly acclaimed sympho-prog outfit from Sweden. Here's a link to DPRP review.

A Secret River are working on new material for their next studio release, which Andreas and John described as a natural step forward from the sound and style of the debut EP. The guys plan to record during Summer. Two compositions have almost been written, a few more are half done. Hopefully, this information whets your appetite.

A Secret River is tipped as one of the most promising newer bands on the Swedish progressive scene. These talented guys are capable of something really special and have potential to live up to all expectations based on the material released thus far. Their full-length album is highly anticipated. But in the meantime we have 'A Place To Start', a new EP with two excellent songs to enjoy and explore.

Below you can see the artwork for upcoming full-length album by A Secret River (‘Colours Of Solitude’). The track-listing is as follows: 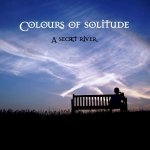 Brian Dade at aiiradio.net will be hosting 'An evening with A Secret River'. The band will be taking to Brian via Skype about their debut album 'Colours of Solitude', the history and future of the band. Don't miss this chance to get to know this band, and hear the new album. You can also join the chatroom and interact with the band and the other listeners.

A Secret River are in the process of writing new material for their next full-legth album.
P