Andrew Roussak: a review of his two latest CD's

Staff member
Sr. Regulator
Progressive rock musician Andrew Roussak was born in 1968 in the Russian town of Ufa. In 2011, after playing in numerous bands and getting quite a lot of experience as a studio musician, he moved to Germany where he has settled down. So far he has released four solo albums and two as member of the prog metal band Dorian Opera. I 'met' Andrew about 14 years ago on this site and he has kindly invited me to review every CD he released since then. I just wrote a review for his most recent release, and thought it would be nice to have my reviews of his two best albums in one place (in reverse chronological order). 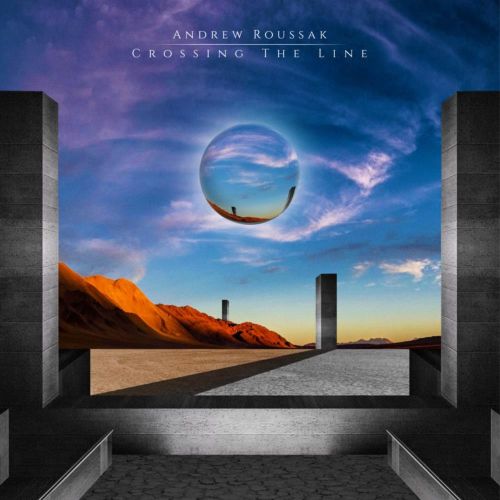 Crossing the line is the fourth solo album by Andrew Roussak. I had the privilege to be an early reviewer of all of them, as well as the two albums he made as part of the band Dorian Opera. His previous solo album, Storm Warning from 2019, was always going to be a tough act to follow - for me, it was the prog album of the year. On his new album, he plays all instruments himself, where previously he still had often employed guest musicians (like Oli Weislogel on guitar on the previous album) - a remarkable tour de force! He also decided to do lead vocals on the four non-instrumental tracks, rather than using a number of guest vocalists as in the past. I'm a bit in two minds about that decision - I applaud the courage to do so, and quite frankly, the results are adequate, although in some passages lacking sheer power, but the charm of different vocals on various tracks, which worked so well on Storm Warning, is missing.

The six original songs that make up most of the album (all composed by Roussak himself) are style-wise rooted in melodic symphonic prog, with some excursions to hard prog, neo prog, and even album-oriented rock, solidly bound together by the virtuoso keyboard playing which is the highlight of each track. The self-penned lyrics (included in the album packaging, which is excellent by the way) are topical, referring to the pandemic, Wikileaks and fake news. My favourites from these six are the energetic instrumental Nation For Sale, and especially Just One Life Is Not Enough, with its changing moods and pace, and beautiful synthesizer solo.

Then we have the album closer, an 11 minutes instrumental piece based on the Gavotte et six Doubles from the harpsichord suite Suite in A minor by French baroque composer Jean-Philippe Rameau. In general I am sceptic when it comes to prog rock renditions of classical music. Even though they are my two favourite music genres, their combination usually does not agree with me, even by bands as famous as Ekseption, Renaissance, Yes, and Emerson Lake and Palmer. On his previous albums, Roussak has shown that he can do this better than most, using compositions by Bach, Vivaldi, and Dowland. Here he goes a step beyond - I think this is the best modern rendition of a classical music composition I've ever heard.

Bottom line: although this album is a notch below Storm Warning for me, it is highly enjoyable, and should appeal to all lovers of keyboard-driven prog. I'd rate it 3-4 stars out of five for the first six songs, but the epic closer is a five stars song. A solid four stars for the album it is then. 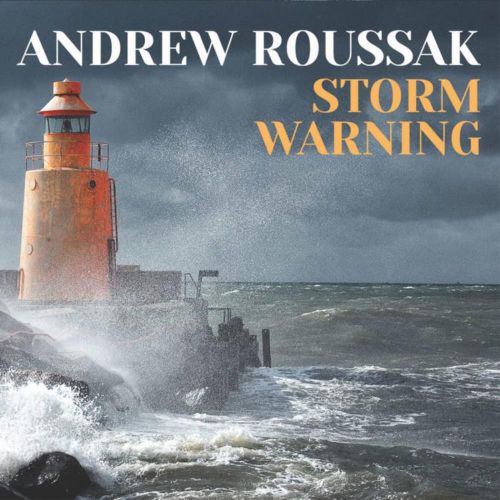 CD reviews are a rarity for me, but I'll make an exception for Andrew Roussak (born in Russia and living in Germany), whose recording career I've been able to follow right from the start - ever since we met on internet around 2006. Last week he released his third solo album ("Storm warning"), after his eclectic debut "No trespassing" from 2006 (commercial release 2008) and the piano album "Blue intermezzo" from 2010 - during that period he also released two albums as member of the prog metal band Dorian Opera ("No secrets" from 2008 and "Crusade 1212" from 2011). I have reviewed these four albums before on various sites, my judgement varying from "good" to "excellent".

Well, here he is once more after eight years of relative silence as far as studio work is concerned. If you get the chance to listen to his new album (an 8 minutes trailer is available on YouTube), a fair warning: the first minute of electronic sounds is not representative. After this intro, we get full-blooded symphonic prog, which although influenced by the 70s' giants of the genre, sounds fresh and up-to-date. Except for one track, all compositions are by Roussak himself. He also plays all instruments, not just the keyboards, except for three stunning guitar solos by Oli Weislogel, who also played on his debut album.

The two lead-off instrumental tracks ("Enter code", "Bringing peace and progress") rock with the best of them and feature as expected excellent keyboard work. "Left alone outside" is a great prog song, with guest vocals by Max Kottler. Another brilliant instrumental track with amazing keyboard wizardry ("Regata storica") follows - my favourite track on the album, and one of the best prog instrumentals I've ever heard. "Chasing shadows" changes the mood, a lovely ballad with vocals by Nadia Ayche, Largely piano-driven, a brilliant guitar solo by Oli Weislogel adds just that bit of spice. "Storm warning", the title song, is another instrumental, maybe just a bit less impressive than the first ones - but still very good. In the next track, like in some of the tracks on his previous albums, Roussak shows his affection for classical music. The Dowland composition "Can she excuse my wrongs" gets converted to a full-blooded prog track with another awesome display of keyboard pyrotechnics. The short vocal lines are uncredited, but they are actually by Roussak himself, and with false modesty noted in the credits as "backing vocals". The album closes with a three-part suite called "Malta sketches", with guest vocals in the final part by Selina Weidmann. The recording is excellent, with great definition of instruments and vocals. Good cover, good packaging with sufficient information (albeit in small letters...), but no lyrics.

So, what's the verdict? I considered the debut album promising ("Great musicianship, but a bit too much variation in style and mood"), the second album top notch ("all 12 tracks are very much worthwhile and make a wonderful collection - it really works well as an album"). Well, the third one blows the previous two out of the water. A delight from start to finish. One of the best prog albums I've heard for a long time - my prog album of the year. Five stars out of five.
You must log in or register to reply here.
Share:
Facebook Twitter Reddit Pinterest Tumblr WhatsApp Email Share Link
Top