I just couldnt believe the earth shattering research that my tax dollars are funding, where on earth would we be without the experts ?? 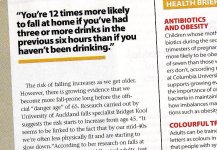 Let me ask you a very serious research question.
Did your ancestors go through the Dark Ages?
The entire world experienced them, but very northern Europeans didn't,
as Scots above Hadrian's Wall missed it.
I know Hawaiians missed it, and I would imagine New Zealanders did too,
but you never know until you ask.
Having a metabolism that wasn't affected by the Dark Ages is a big benefit,
compared to peoples who are descendants of that.
Some fall and can't get up, others still bounce back up.
Being aware of this helps with medicines.

I sometimes feel that we never came out of the Dark Age we still put superstition ahead of science.

Staff member
ADMINISTRATOR
Years ago, our city funded a "study" for $285,000 (USD) to determine why there were no fish in the Santa Cruz River that runs from the south to the north towards the Gila River in Casa Grande, Arizona.

Duh! I could have told them the answer ... but noooooo!!! It was quite obvious why as there is seldom any water in the Santa Cruz River except during our Monsoon season in the summer months. The study results: same answer as mine. I mean, the City Council - which we call the Town Clowncil these days - could have walked over to the river and saw that for themselves. Stupidity and total waste of taxpayers dollars.

It is mind boggling how much money is wasted on needless "studies" ... when simple observation can determine the correct answers.

That was the reason for my post just make work and waste money, I hate the B&$^@RD$..

Must be a world wide phenomenon, there was one lifting bridge over a narrow channel of the harbour a simple 1926 mechanical one, with the opening of ferry services to Franced and the Channel Islands plus normal increases in traffic over the years they wanted a second bridge, back in the 1990's they commissioned a study (for £xM) to figure out what sort of bridge to have and where to put it, came up with a brilliant idea for a fairly conventional long bridge over a bay, avoiding the town centre thus improving access to the ferry terminal, Central gov axed it on cost grounds, so the council spent more millions looking for an alternative, finally after nearly 20 years they decided on a second lifting bridge a few hundred yards away from the existing one, not satisfied with an efficient mundane mechanical one they got conned I(by a team of consultants) to go for an "iconic" looking device operated by hydraulics and electronics. Might look "stunning" cost over £21M to build, 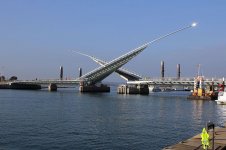 The real problems start when the original bridge is down for its few days annual maintenance and the new bridge chooses to fail, then it's an 8 mile trip round the bay AKA Upton Lake

The results were substantial with dramatic results just think 7.23 cases out of 100.000 cases that is underwhelming. 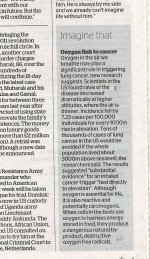