Freedom To Glide do have a schedule for the new studio album which is reliant on some factors... Anyway I promise to give you more details as they happen. Pretty SOON!
P

Freedom To Glide will be promoting the new album from different angles. That should include a teaser for some weeks towards official release date, as well as a full video clip for the title track.
P

Freedom To Glide have announced they'll release their album 'Fall' on July 1. The record is the second instalment of their war and conflict themed trilogy. It follows their 2013 release, 'Rain'. While 'Rain' embodies "the realisation of, or an awakening to, the effects of war", the Midlands duo say 'Fall' has a more reflective, ‘coming to terms’ feel to it.

The new album can be pre-ordered via Freedom To Glide's Bandcamp from May 20. 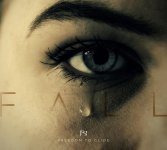 Here's a sampler for the upcoming album.

A video footage for the brand new F2g album.

I must admit to having been terribly excited when faced with the prospect of reviewing the new F2g album. After thought-provoking listening to 'Fall', there's a humble resume.

Wonderful FREEDOM TO GLIDE have come up with a second full-length release that neatly follows on from the critically-acclaimed CD 'Rain'. Totaling over 61 minutes of material, new record is comprised of 13 songs with a plethora of suggestive effects and soundscapes. It gives a truly kaleidoscopic gamut of the F2g’s ethos to showcase the ideal combination between authentic Floyd-ism and intelligent rock music, resulting in holistic approach. From the evidence of 'Fall', Pete Riley and Andy Nixon continue to use ‘anti-war concept’ as the lyrical backbone, and I'm of admiration for this kind of enormous undertaking. The British duo makes people believe that progressive genre could actually give something special! Very few modern groups have managed to do such a feat. OK, let's order... The title track ‘Fall’ begins with a restrained piano and calm vocal, creating a vibe of dramatic tension. It serves like a good introduction to the enthralling album. Next up, 'Silent Code'. F2g lead us in their vision of a WWII soldier who’s returning home from captivity. This composition is dedicated to Andy's grandfather. Musical entourage features a transparent beauty of guitar playing whilst the polished keyboards glide on the background. By surprise, the outro brings a memorabilia of 'High Hopes' legacy. Retaining the similar pace, ‘Names In The Stone’ follows then. Arguably, things get soaring on the fourth tune ‘Toll’, when awesome guitar licks take the center stage. Coupled with the piano flourishes, graceful harmonies provide an extra dimension for the final section. The next chapter ‘Playing God’ has the unobtrusive sonic palette. A much more sophisticated piece, 'Exit Wound' comes to incorporate the different characteristics. This serving has experimental nature, eclectic and innovative. The text is about post traumatic stress disorder in the present days... Although there are plenty of excellent themes and melodies on entire album, the composition that stands out for me is superlative ‘Enigma' which gradually evolves from a gentle keyboard-line accompanied by heartfelt singing to the captivating musical attraction. Andy Nixon decorates this venture with a mind-blowing guitar performance - it would make even David Gilmour jealous. Successive ‘The Middle Game’ holds the interest. Compared to what we have heard thus far, ‘Trough of War’ is something peculiar. It bursts out in livelier tempo. And I think of The Beatles once in a while. Textually, the weapon dealers are accused here. Intended to throw off the intensity of tempo, amazing 'Solace' has a slow pitch which in turn gives way to elegy, 'Sleep Under The Flag'. This time, Pete Riley comes on proscenium, narrating the story about the repatriation of a dead soldier. Again, the keyboard figures are simply impeccable. Appropriated to make the transitions of mood and pace, ‘Another Same” resembles a couple of smash-hits together ('More Than Words' by Extreme and 'Wild World' from Mr.Big). But maybe it's just the splash of surrealism in my mind?.. At the core of final track 'October' is a tight mixture of catchy vocals, melodic guitar work, the sustained keyboard chords and driving rhythm section. In proper place, the melodic route transforms to soft pattern, before gradually subsiding and fades away. Now you feel as though you have spent the past hour traveling on a time machine. All in all, immersive, remarkable CD ‘Fall’ is a high contender for ALBUM OF THE YEAR! ..
P

Below you will find a link for Freedom To Glide Xmas download track 'The War Cannot Be Won'.

The third F2g album is set for release next year.
P

Prog Head said:
The third F2g album is set for release next year.
Click to expand...

Freedom To Glide haven't fixed an actual date yet, but it should be around summer 2018. Pete Riley and Andy Nixon are in the middle of working process at the moment and all things are sounding really exciting so far.
P