Staff member
Sr. Regulator
Singing in Gaelic - seinn Ghàidhlig in Scots, canu gân in Welsh or amhránaíocht Ghaeilge in Irish is becoming a way of expressing one's identity. Even Sean nós - old style Irish song - is now back in fashion. The aim of this thread is to explore the various traditions of gaelic song.

One of the weirdest styles is the free heterophony of Gaelic psalm singing where the congregation respond to a canto who lines out the tune:

Thanks for this thread, Taggart - here's an Irish vision-song that gives me gooseflesh. The singer was in his teens at the time he made it.

Another Irish Gaelic song by Iarla O' Lionaird - this time as a mature man.

It is so expressive.

I... I... I really have to admit, yes... I'm not really sure what you mean by Gaelic.
That's how I was raised, told about being Sons and Daughters of the Gael who speak Gaelic.
You can go to Scotland for a year, attending a University or traveling around on vacation,
and never heard Gaelic being spoken. Let me say...
Bay-an-uck let, blessings on you, and as you could say,
Agus oo hane a haritch, you as well my friend.
Here in Ontario, saying that to identify myself, no-one has ever answered.
I can go to the MacKenzie House in Queenston Heights near Niagara-on-the-Lake,
where no-one else knows Gaelic or has a dress MacKenzie tartan as I have.
That's where our modern Canada began, the making of Ontario and Quebec.

I was starting to go on about Scottish and Gaelic ancestries in another thread,
but I'll concentrate on that here. I grew up singing in the choir of our church.

This Outer Hebridis Island singing isn't what I grew up with.
We were energetic with lots of harmonies, even as a congregation.
When we started using the finished basement of our first church,
local Italian and French catholics would walk in and try to hug us.
Elders had to act as security to keep them at the back.
This was enough to make us leave the basement and build a new church in the country.
Others said that when my mother sang she had a savage beauty.
I'm going to use a scan of my Holy Bible and a photo of my mother.

Before I go on any more, let me ask you a question about "Christian" history.
Do you know "The Royal Scottish Register" and "The General Scottish Register",
and how they came about?
If you know that, you might know where Gaelic was first spoken,
and what "Hebridis" means in English.
These are very serious questions. 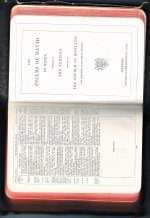 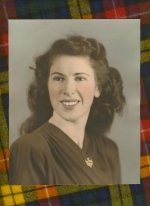 Hi, Taggart - Gaelic singing with a groove! Bards with beat.

Well, time for another sort of 'Celtic Ceol' - a traditional Welsh song about the seashore.


The lyrics & English translation can be seen here:
https://en.wikipedia.org/wiki/Ar_Lan_y_Môr

I'm still a big failure at trying to embed,
so here's some photos of my favorite Lake Erie seashores.
If you notice a low, close to shore cloud across some views,
that starts north of Port Colborne as it slowly twists around,
getting to the end of Lake Erie by Crystal Beach or Point Abino.

I'm just going to pick the first nice ones I see in my photo library.
The one with ice is all the ice buildup there was along Point Abino to Crystal Beach,
at the end of winter, what could be called the bottom of Lake Erie,
because the lake didn't freeze that winter.
When I was a teenager, men would drive their cars out there and fish from open doors.

I can't say these are words from a song I wrote, because if this is a verse,
that's all I've come up with.

"the northern rain always cools.
standing here alone I need it, to whet my burning heart,
so my mind, like a late white floe down summers' Niagara,
can shine in radiant splendor, before the final Falls". 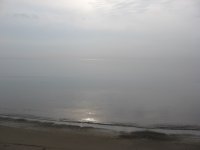 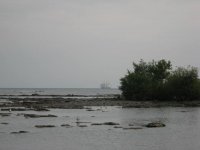 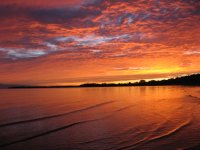 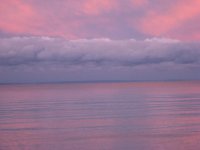 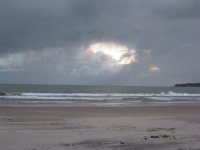 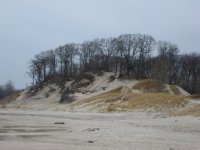 I've known this Welsh song since childhood, and I still love it.
I learned an English translation of Welsh words which were apparently set to the tune years after the composer's death - well, but the tune cries out for a song.

One of the most well-known Gaelic songs from Scotland, the Eriskay Love Lilt. I didn't know this singer before, but I love her voice, which is warm but not too sweet.

We learned this at junior school, but in English.
It's a bit hearty - and even more madly so in Gaelic.