The following painting Picaso (A Girl sleeping) was sold at Christie,s for wait for it:₤13.5 million yep that's right.
Now I just don't get it ?? to me it is the kind of thing that would be in a comic book or even on a Disney poster 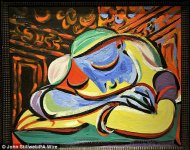 Never saw the attraction in Picasos work. Give me Turner any day

My main criteria for art is, does it please my eye or ear; the only reason some people rave over daubs or tuneless noises is that they believe the rubbish trotted out by reviewers, critics and other similar pontificating parasites, why should we be guided by somebody else's opinion, can we not think for ourselves and say "I like (or don't like) that!

I would suggest a change of title, - delete "good"

Not sure if it crossed your mind, most of fart is made up of art. (in other words it's a loada [email protected])
Last edited: 18 May 2013

Thats what I love about Turners later works. Its almost like seeing the world thr`ough slitted eyes.

It is not good art but try is good.

I see her..but a bit to abstract for me..not impressing my a...!

Yeh but ₤13.5 million it beggars belief! mine anyway.
P

My theory is that like most things in Earth's cultures is that people often buy a name rather than the product. so the particular individual just paid X amount for the prestige of saying her/she owns a Picasso not as much as the painting itself is worth such. To support this I feel that if the if the art was good it would be more popular when he, Like many artists, was alive, not right after they pass away of in many instances take there own life. And Artist I like and I couldn't tell you why is Christiana Rosamond, she could sell anything before she drown in the pacific in 1994. and I own a $100 plus Print of her Blue Ice, Drawing. And death might be a tragedy that because of sympathy or something appreciates its value.

As Dorsetmike said that if pleasing in some way or another in is art. and there is very little every last person would agree is good art.

I have at last visited the acclaimed Turner Centre in Margate. A few of the lesser works by Turner are displayed but the rest is cr*p. I left felling that the views from the windows where the best bit. They even ruined the document gallery by NOT using non reflective glass thereby making it very hard to see the displays.

Usually that how I feel after window shopping. 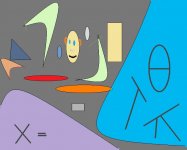 JHC said:
The following painting Picaso (A Girl sleeping) was sold at Christie,s for wait for it:₤13.5 million yep that's right.
Now I just don't get it ?? to me it is the kind of thing that would be in a comic book or even on a Disney poster
View attachment 2924

Hi JHC, where are you?

Classical demand used to go on the rarity of the work, that gives it is high value? Picasso paintings can sell for hundreds of millions, and indeed it is a moot point who fetches the most , Van Gough or Picasso.

I don't know why that modern expressionist art fetches far more money than the classical masters, why? . The only explanation I have heard about this was a commentator who said that the state, or the deep state, can manipulate the market much in the way that it can issue fiat money. The theory is, that the state controlling the news media creates these false interest in things , which then takes on a life of their own and people begin to pay vast sums for what is really poor art. So the market is really being manipulated to create a false demand which then gets legs of its own so that billionaires are prepared to pay these vast sums for things that are way below the standard of classical art.
Last edited: 25 Oct 2018

Good afternoon, my fellow art enthusiasts. I have a theory about Picasso.
The art world missed out on the expressionists, using a new oil paint for the first time.
When Picasso came along with his "cubist" concept for artwork they jumped on him.
His "woman descending a staircase" did have many lines that suggested a kinetic motion,
trying to sound professorly here, but after that he was just tossing them out.
His lifestyle was a sad obsession about sex with women all the time, being called a satyr.
When insurance companies and investors started appraising his artwork through the roof,
he could scribble on a piece of typing paper and sign it and sell it for over $5,000,
usually to Americans.
For the last twenty or thirty years of his life he really stopped painting,
and started cranking out ceramics made by a company he used,
with his signature guaranteeing big bucks at auctions and for the tourist trade.

When I say the new global news media missed out on the Expressionists,
don't forget Vincent Van Gogh only sold one painting in his lifetime,
and that was through his brother who was an art dealer.

I see Turner the same way, investors creating a market for him in a British kind of way.
At least his paintings suggested a landscape, most of the time.
Whoever got the bass player from Spinal Tap to play him in an autobiographical movie...

Back then, my favorites would have been Albrecht Durer and Edward Degas.

I'm back to add some Canadian content about what is good art and what isn't.
Jean Claude Riopelle got famous for his paintings with thick paint that were just thick paint.
They were big, some were very big, and his "new style" was about using thick paint with colours, only abstract.
He and his wife made it big in American art circles as a "French" artist from Montreal.
Instead of thick paint I should have said pastiche, again, trying to sound professorly.
Now, at art galleries and in homes, his paintings are starting to fall apart and can't be restored.
Their value is going down, down, et tres down.

Hey! This is the first time I cut and pasted an image. Now I'm a digital artist too. 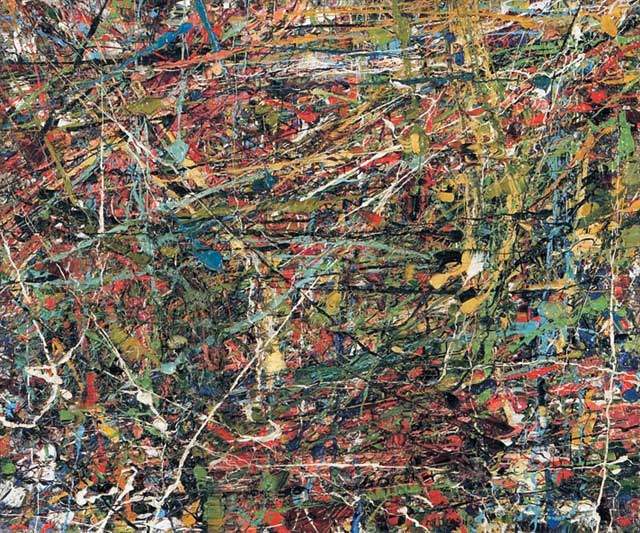