What I am listening to right now

THE AUSTRALIAN PINK FLOYD SHOW - 'Everything Under The Sun'.

"Probably the most famous PF tribute band in the world. They started out in 1988 gradually progressing to play gigs worldwide, including a famous British venue 'The Royal Albert Hall' in London, England, UK... The Aussie Floyd performed at David Gilmour's 50th birthday party where they were joined on stage by Guy Pratt and Richard Wright"...

“US progressive rock duo, ALASKA power their way though this 11 track release, not stopping for one minute they push as hard as any full band would. If I had not read the press release with this I would never had guessed that Alaska were just, Al Lewis and John O'Hara... Alaska play a complex blend of of progressive rock, with a strong YES feel at times, which for me only added to the enjoyment. With two tracks clocking in at over 11 minutes plus, and others pushing 8 minutes plus. If you're into progressive sounds, this is well worth checking out”. (Acid Attack Music e-zine).

CASTANARC - 'Journey To The East'.

Hi I am listing and singing to lag ja gale from saregama carvaan karaoke- https://www.saregama.com/song 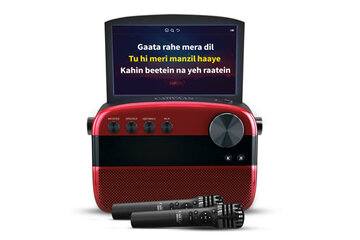 
"This debut album from Seattle's STORM CHRONICLES is surprisingly rich and mature for an opening statement. At first listen, you'd assume David Burr (keyboards/guitars/drums/bass/vocals/samples) and Jody Dietz (vocals) have been playing together forever. And you'd be almost right. Although the two only have been performing together since 2011, the music on Looking Backward has been in development nearly two decades (which partly explains the title). The result is a satisfying blend of symphonic progressive rock, ambient atmospherics and melodic pop. Burr cut his teeth musically playing in various cover bands before conceiving, writing and producing this album, and those influences shine through here. Tracks a la "Ghost Writer," "Corners" and "Individual" sound like Alan Parsons' best work from the 1970s, while the two-part title track evokes Rush's 2112. Throughout this album, Dietz's wide-ranging powerhouse voice negotiates Burr's multifaceted compositions like a Coast Guard searchlight on the raging sea. It will be interesting to see what these two do for an encore, as their obvious command of melody is a rare gift indeed."

A link to thread with my depiction.