Today The Secret Garden (Den Hemmelige Have) has been revealed in the radiation therapy section of Rigshospitalet, Copenhagen, Denmark.

The music was recorded by the wonderful Symphony Orchestra Faculty of Arts, University of Niš, Serbia, conducted by Milena Injac.

Some of my thoughts behind the music

I composed the orchestral work The Secret Garden (Den Hemmelige Have) to be a part of the similarly titled art installation or “gesamtkunstwerk” – created by Maria Dubin (colors, floor design and glass), Kim Borch (light), and myself (music) for the entrance to the radiation therapy section at Rigshospitalet (The National Hospital) in Copenhagen, Denmark. This makes it a piece of music with a target audience; patients, relatives, and hospital staff.

Composing music for this particular setting and audience was a challenge, and also a great responsibility. In order to do so I first spent time in the radiation therapy section of the hospital to get a clear image of where and how the music would be experienced, and – by observing and talking with the patients and staff, a better understanding of the experience itself of waiting for the treatments.

After careful and prolonged preparations came the work of actually composing the music, and for that I drew on the observations from the hospital, and of course on my combined experience and knowledge as a composer, but also to a large degree on my personal experiences as a relative. Both my parents died from cancer after year-long battles.

The listeners will for the most parts be radiotherapy patients, and therefore people with many different backgrounds and of different age ranges, but with a very serious illness in common. With that in mind I set a framework and goals for my work:

The music is basically uplifting and light in its expression, but without being silly or obnoxiously joyful (that’s not to say it is without humor), which would be patronizing to the listener. Therefore, it also contains passages of contemplation and even melancholy, but always with the hope intact and moving towards happiness.

I decided from the beginning not to create a “soundscape”. Such music has its place and can be of great quality whilst having a calming and meditative effect, but for The Secret Garden I wanted to compose a work through which I better could tell a story. A magic story which takes the listener on a journey through the garden.

The music is written for a full orchestra, and exclusively with acoustic instruments which gives the recording an extra level of human touch. The listener can hear and feel details such as the breaths of the musicians and can even see a video of the recording on a TV monitor.

It is not possible to create a piece of art that everyone will like, and to attempt it will only lead to an anonymous and bad result, which no one will enjoy in the long run. On the other hand I did not want to create a piece only for “the few”, so from the beginning I chose to work with an overall tonal and approachable tonal language, despite the work containing very complex elements underneath.

I also decided to incorporate a sometimes “cinematic” expression. The well-known film score-idiom acts in many ways as a mutual and visual reference, and not only for people who already know and enjoy classical music, but for a much broader segment of the population. The cinematic character of large parts of the music was not a goal in itself, but came naturally during the creative process.

It is my hope that this music, together with the visual art, the colors and light, may create a space for the listener where the thought can fly for a while, in a peaceful and beautiful garden.

The Secret Garden is available on Spotify, iTunes/Apple Music, Tidal, Amazon, YouTube, and most other major music streaming and download-platforms. 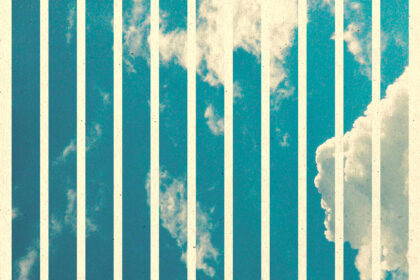