Great example of organ in rock!

I think Deep Purple did the best integration of organ into their rock music! John Lord did it perfectly! What do you think about it? 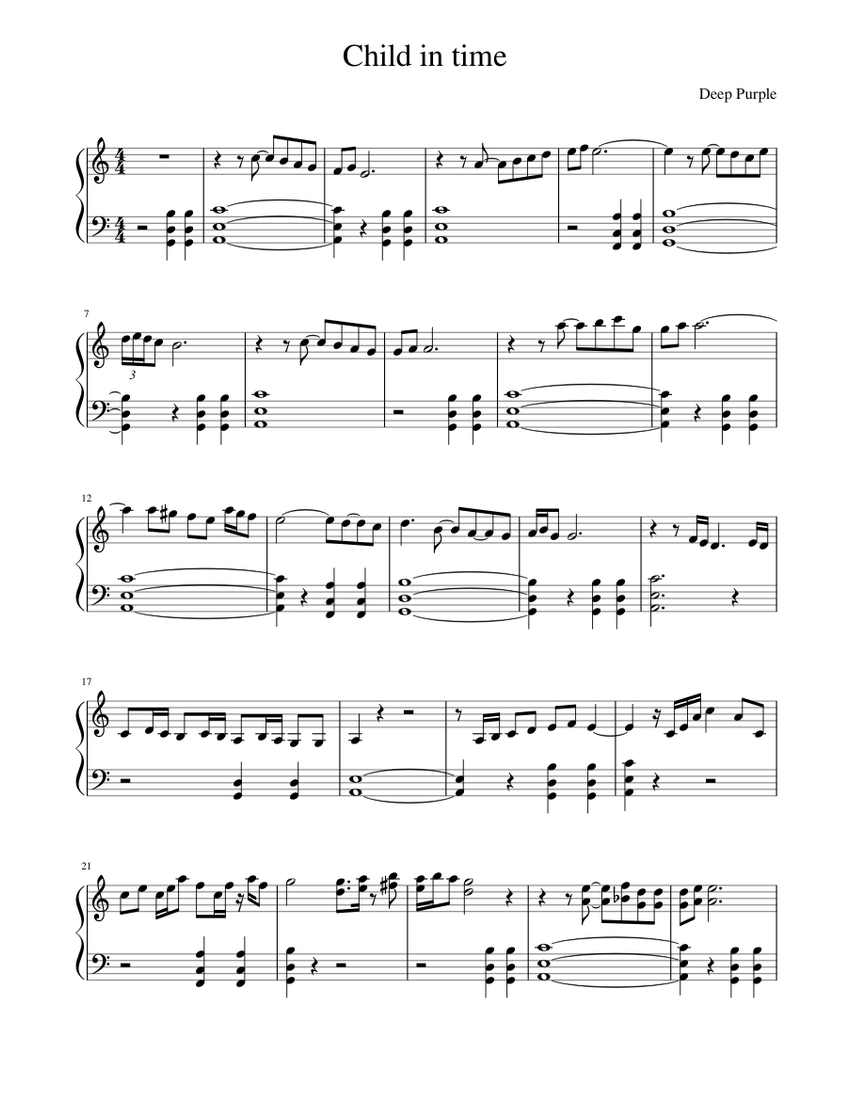 How can you forget The Doors- https://musescore.com/david_charlier/scores/671721?

When Deep Purple had Deep Purple in Rock out, they came to Canada for the first time.
They played a one-nighter in Montreal and then came to Toronto to rehearse,
and get ready to cross the border at Buffalo to play a six-nighter in a bar,
what was a showcase for American agents.
We were hanging around outside a bar downtown with a transistor radio,
waiting with our guitars and flute for the Saturday matinee, jamming up a storm.
The DJ on the radio was interviewing Deep Purple, and he asked if they could open their rehearsal,
and let Toronto people in to hear them. Deep Purple said yes, agreeing on $5 to get in.
Our friend with the car didn't have to work that night, so we took off, an almost two hour drive.
Deep Purple were on six inch risers set up in one wing of the mall, maybe 200 people there.
We were sitting twenty feet away from the stage, right in the middle.
For Sweet Child in Time, Ritchie was laying back against his Marshall stack with his eyes closed.
He wasn't playing. His one leg was up, the heel of his boot where the two cabinets met.
Ian Gillan disappeared in the darkness, and when a light came on he stood there,
a little spotlight shining from above, wearing a white gown with a leafy tiara and a small gold harp.
When it came time for the guitar solo, Ritchie opened his eyes and pushed off his amp into the air,
playing those first three notes, a very beautiful tone, before he launched into his solo.
Jon Lord pulled out a knife and stuck it in between the keys of the organ for certain parts.
In one song, Jon and Ritchie started to get in each others' way, starting to look angry at each other,
when Jon threw the knife at Ritchie, missing him and sticking in the side of the organ.
It wasn't much later when Hammond organs weren't being used in rock bands any more,
making it a good deal to buy one and sound like Jon Lord yourself. Oh, I'm talking seventies.
I haven't played and sung Sweet Child in Time for a very, very long time,
and it's not because I've been waiting for the ricochet, G G... Am.
You must log in or register to reply here.
Share:
Facebook Twitter Reddit Pinterest Tumblr WhatsApp Email Share Link
Top