If I said more about myself,
I'd be taking what JHC said,
and see if I could understand enough to repeat.

The European Union is now seen as always being incomplete,
some countries have left, and for the first time in human history,
I found some Euros that were thrown into the water at Niagara Falls.
Just like the Euro, it came a long way to just get tossed and lost.

I think Russia and to a lesser degree China would love to see the EU collapse, but it does need an overhaul and perhaps gates put on the channel tunnel, and what to do with the refugees?

Losing the United Nations would be better than losing the European Union.
I liked how that African movie about the aliens who are stranded on earth,
used United Nations style vehicles to be symbolic about American aggression.

If there's one thing that could change the mindset of humans on a global level,
and respect for both sides of the world needs to be created,
it would be if the Chinese government let the world into the first emperor's tomb.
We've seen the fields of ceramic warriors, all the jade suits, bronze horses and chariots,
but the Chinese government simply says it won't enter the tomb.

If the world could have the same sense of awe and wonder about the Chinese,
that the Mediterranean nations have pushed on us, Egypt to Greece to Rome,
the world would become a more balanced place for us all.

There is still human knowledge and abilities previous to the Dark Ages,
that have yet to see the light of our days.

I've been trying to upload this here for a couple of days,
until I realized I did 400 d.p.i., doing 300 tonight and it worked.
That's a lot of work for free money. 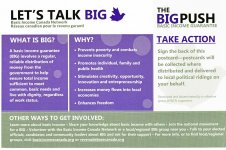 I have stopped listening to referendum broadcast as they depress me with all the **** being talked, particularly by the REMAIN side. We have been threatened with every disaster bar a plague of frogs. I have never heard so much rubbish talked in my life. I will be glad when June the 23rd arrives. If we stay in the EWU I want to see the House of Commons downgraded to half a dozen members. That should be enough to rubber stamp Brussels dictates.

@ John I assume you are referring to a “Basic Income” for all citizens rich and poor, it is being suggested by many countries see following link
https://www.google.co.nz/search?cli...all+citizens&sourceid=opera&ie=UTF-8&oe=UTF-8

I don’t know much about the details but I just can’t see it happening. It is a grand idea but ideology will stifle discussion, also why should Mr A work 50 hrs a week to enable Mr B to sit on his A*$ all day watching the TV with a bottle of beer. Let me add that I am not a right winger more of a socialist me!

@ teddy How about the House of Lords that must be as bad.

JHC! You are also being too much of a nice guy.
Don't forget, over here in North America, it's about the drugs.
If you want to see what is considered family programming for television,
you should look for

"Breaking Bad", seven seasons of a high school chemistry teacher,
who gets into making and selling crystal meth with a student.

In Ontario, if you lose yourself to addictions and can't function,
there is the Ontario Disability Support Program, O.D.S.P.
That pays out a minimum $12,800 a year,
with subsidized housing, and too many freebies to mention.
As people say here, you get everything for free,
as long as you spend your money on the drugs.

Speaking about radical social change, I saw a new movie today,
just reading the packaging.
It's about the first trans-gender operation in the world,
in Denmark.
Maybe all those Viking movies are just a cover.
Last edited: 10 Jun 2016

John, I have always been a bit naive, even in the late 50s in the UK music scene a great banjo/guitar player in one of the bands I played with smoked a corn cob pipe it did not smell of tobacco to me, when asked he said it was herbal tobacco, so I just accepted it now I am beginning to wonder.
Do you think the judicial system is too soft on these drug pushers? maybe take a tougher approach and kill the Ba$ta....:devil:

Quite right Colin. Since the reform a lot of them are even worse as they are not accountable. They just turn up to get their allowance. I also had a friend who smoked "herbal tobacco" when I was 16 years. Funnily enough he was the one who really got me into jazz. Some of my friends who appreciated PINK Floyd also smoked it

I count myself lucky that being unaware that I was surrounded by these puffers at certain gigs I can still say I have never tried even one little puff nore had any desire to do so...:angel:

I get angry about it sometimes, I really do.
Here in the Niagara Peninsula, there are so many big greenhouse busts,
and everyone is saying where there are crops growing beside forests,
but when I'm out there during a long distance bike-hike,
have I ever found any? Have I had the chance to destroy a crop?
No. Not even once.
And look at my government, The Province of Ontario.
They call used cigarette smoke "second-hand" when everyone knows it's "second-lung".

This might be where I'm naive.
For all the smoking that's going on,
how come pipe smokers aren't out there more in public?

I was a pipe puffer 35-40 years ago but even then it was an anti social act, I stopped smoking about that time. Did you hear about the meth bust here in NZ, approx 1/2 billion NZ dollars it was a comedy of errors that you wouldn't believe.

WOW. WOW WOW and WOW again. The British people have voted to leave the EU. Several other countries have also suggested that they would like to leave as well. This really is a momentous occasion. Now for a brave new world

I hope things go well for Old Blighty only time will tell.

Yeah! Now those Brit Euro coins I find in the cracks above Niagara Falls will increase in value.
Maybe it was me taking back those wishes that turned the tables.

I thought pipe smoking was more of a senior's thing, not an anti-social act.
But then, it all depends on how you handle your corn-cob.

Meth-heads. American statistics say 90% of the people in Ohio have used it.
It's easy to mix as a chemical, a cold process, from tin cans to huge vats,
and it seems that when people get a good recipe going, they blow up big,
until a cartel hit or big bust brings them down or kills them.
If one of my family members was talking to me and said they just tried it, even if once,
I'd take them and tie them to a pole in the basement until they stopped talking about it.
Last edited: 25 Jun 2016

Having just listened to a sitting MP from UKIP explaining why they need time I.e. 6 months or even longer to formulate their plans of exit and beyond, I am astonished at the lack of fore sight and forward planning, of this and all other parties what on earth have they been doing for the last 2 years or so. They should be able to hit the ground running.
Last edited: 26 Jun 2016

Colin. Not only do we have to untangle ourselves from the EU we also have to pass new laws to replace the EU laws which will not have any relevance once we split. The whole process will take a MINIMUM of two years. AS our PM is not standing down until October we can not even start until then and a new one is elected. Also the EU will not even talk about it until article 50 is invoked which is the official notice that we are leaving the EU and which the current prime minister will not issue.

teddy I'm sure you are right but from an outsiders point of view it seems one heck of a mess, looks as if other countries plus N Ireland and Scotland wish to stay with the EU and split from England? I can only wonder what the future will hold for them but I think England will be better off out of the EU.
You must log in or register to reply here.
Share:
Facebook Twitter Reddit Pinterest Tumblr WhatsApp Email Share Link
Top